“He’s the only one who gets me. Who knows what it was like, going through what happened that night … And he’s the only one I know for sure would risk himself to keep me safe.”

I’m going to be honest about why I bought Trust.  It was because of the cover.  No, not the cover above.  The original cover.  The one that looked like this – 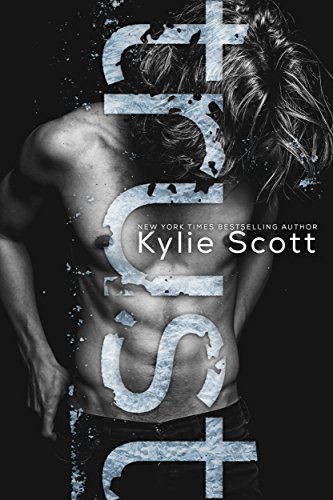 Because, I mean really, who wouldn’t buy a book because of that cover.  I thought it was going to be a sexy new adult read.  Imagine my surprise when I started it and it was a YA contempory.  From what I’ve read online, I wasn’t the only one who thought this.  Hence the cover change to something that is a bit more fitting.

But enough about the cover.  Let’s get to the good part – the actual story.

Edie and John were complete strangers, until one fateful night at the Drop Stop brings them together.  Both stare death in the face and survive.  But at what consequence?

From the very first page, this book sucked me in.  I really only meant to read the first chapter and before I knew it, I was six chapters in and late for work.  The first few chapters were intense, and terrifying.  I was on the edge of my seat, holding my breath, and flipping the pages as fast as I could read.

“Immediately, I turned away, only to be facing an entire stand of titty magazines. Wow. I sincerely hoped a percentage of sales went toward helping women with lower-back problems.”

And John.  He was the best hero, and so swoony.  I just wanted to wrap him up and take him home with me.  I love the anti-perfect hero, and John fit that role to a T.  But he was trying to make his life better, and it was so satisfying to see him take that journey with Edie.  Their relationship was spectacular.  It made my cold, little heart swell with happiness.  Their connection was everything.  Absolutely everything.  I wanted so much more of them!

I will note, that this is definitely an older YA novel.  There is mention of violence, drugs, and sex.  This is also the first Kylie Scott novel I’ve read, but I’ll definitely book looking into her New Adult titles in the future.