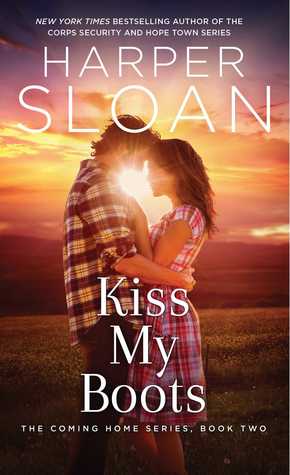 Two people meant to be together will always, always find their way back together.

Quinn Davis prefers to live her life quietly. She’s the stereotypical tomboy with two overprotective big brothers who have always been there to protect her, especially from devilishly handsome cowboys with silver tongues. That is, until Tate Montgomery comes riding into town. Their first meeting, however, is far from something out of a fairy tale and only further convinces Quinn that men aren’t worth her time.

The only place Tate Montgomery ever truly felt at home growing up was during the long, sweltering summer months he spent at his Gram and Paw’s farm in Pine Oak, Texas. Now, Tate has returned to his childhood sanctuary seeking a fresh start—but if he’s being entirely honest, he’s not just back for the wranglers and Stetsons. During those summers, Quinn was a friend-turned-young-love who Tate lost when life threw him a curveball and he cut all ties to his past; but all it takes is one glance at the raven-haired beauty he did his best to forget for him to realize just how much he’s been missing….

Oh man, this book was so good! Kiss My Boots is the second book in the Coming Home series by Harper Sloan and follows the youngest Davis sibling, Quinn. This is a childhood friends to lovers, second chance romance story and it was beyond perfect.

The story. I thought the story had a nice ebb and flow to it and kept me interested in what would happen next in Tate and Quinn’s story. The book was well written and had all the charm you would expect a book based in a small town in Texas would have. We got to catch up with the couple from Lost Rider, which was the first book in the series. I love books that have a strong family element to it because you just feel all the love and support the siblings have for each other.

Tatum Montgomery. This sweet, sweet man is Quinn’s perfect match. He met Quinn when he started spending summers at his grandparents house in Pine Oak at age 11. Their feelings grew each summer they spent together until the last summer he spent in Pine Oak at 18 when he left and never came back. Tate was given a heartbreaking ultimatum from his asshole father and was forced to cut off all contact from Quinn. Tate goes through life with half his heart missing, and only being intimate with women when the loneliness get to be too much. He doesn’t return to Pine Oak for nine years when he is finally ready to take his life back, and that starts with winning Quinn back. Tate definitely has his work cut out for him when it comes to Quinn, but he takes it all in stride like only someone who has known her for years could. Tate takes over his Paw’s practice in Pine Oak which is all he has ever wanted. I loved how Tate opened up to Quinn and her brothers about what happened nine years ago. He went in knowing that it could ruin every chance he had at winning Quinn back, but it was important for him to be open and honest. Tate has such a deep set nature to be protective of not only Quinn but those she cares for. Tate always knew what Quinn needed and what was important to her. He was willing to go at Quinn’s pace even though he knew exactly what he wanted his future to look like. I love his southern charm and traditional values because I am a Texas girl myself 🙂

Quinn Davis. Quinn gave her all to a man when she was 18 and in love. When Tate left and never returned her calls or emails she was devastated. Fast forward nine years and Quinn has never let another man close enough to hurt her like Tate did. Quinn has always struggled with her mama’s abandonment, but when her brother, Maverick, returned a year ago (Lost Rider) he came back with news about her mama that left Quinn spinning again. Quinn is determined to never be her mother so she goes out of her way to make sure it doesn’t happen. When she learns that Tate is planning on coming back to Pine Oak for good she is petrified because she still feels so much for him. At first, she doesn’t even entertain the idea of being around Tate, but with the help of her best friend and brothers she realizes that she never stopped hoping Tate would come back. Once Quinn finally learns the truth about what happened nine years ago she finds that Tate never stopped fighting for her, but deep wounds are hard to let go of. She has a hard time believing that he is in Pine Oak for good and that he is willing to do whatever it takes to win her back. Quinn isn’t a “hell-raisin’ badass” for nothing though. She finds a strength she never knew to confront her painful past with the help of her man. I absolutely loved the showdown toward the end of the book that she had with one of the people from Tate’s past.

The relationship. Tate and Quinn were just beautiful to read about. I loved their sweet and sassy and their fierceness. Having the strong friendship foundation first made their relationship all the sweeter. Their was one moment between them in the middle of the book when a certain couple gets married, that just made me bawl because it was absolutely perfect. It made my hopeless romantic heart literally melt in my chest. I was so happy for Tate and Quinn to get their second chance because they deserved it. And the epilogue was the sweetest cherry on top of beautiful cupcake.

Side Characters. I wrote earlier that I love stories with strong family units and these side characters are the reason why. Clay, Quinn’s oldest brother/surrogate father, is incredibly protective of Quinn and it is him who Quinn looks to first when she is looking for confirmation that she is doing the right thing. I can’t wait for his book! He has always been the biggest cheerleader for his siblings and now I am ready for him to get his own HEA. Maverick, Quinn’s second oldest brother and husband to her best friend, is just as protective of Quinn and was waiting to give Tate a beat down when he blew back into town because he was worried that Tate was a coward like he was before he reconnected with his now wife. The bond that these siblings share is beyond special and they were not afraid to lean on each other when needed. Leighton, Quinn’s best friend for forever and wife to Maverick, is the best friend that every girl needs in her life. Leigh and Quinn are always raising a little hell when they are together, which is hilarious to read. Leigh is not afraid to smack Quinn with some harsh truth when needed.

I highly recommend this book/series/author. I have read nearly all of Harper Sloan’s books because she writes some amazing stories. I would recommend this book to people who like: childhood friends to lovers, second chances, cowboys, a sexy gyno doctor, or a hell-raisin’ badass heroine. 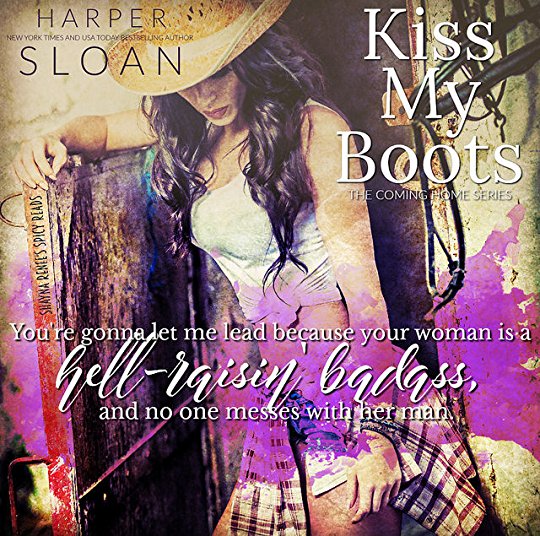