I’m not going to lie.  I have A LOT of series sitting on my shelves that are just begging to be read.  Most of them are completely untouched, with a lucky few having at least one book read.  Since this is my year of reading for enjoyment, Below are ten series that have been hanging out on my TBR for a long time that I’m hoping to read more of in 2019!

This is a big series that has been on my shelf for an incredibly long time. I think I’ve owned some of these books longer than I’ve been a mom and my oldest is 8 so you do the math!  I’ve had intentions of reading this series several times over the years, but never can find the time between ARCS, outside commitments, and reading goals but I’m really excited to get to this one in 2019.

Immortals After Dark by Kresley Cole

I  started this series with A Hunger Like No Other two years ago and really liked it and I wanted to read more of the series.  And then I don’t know what happened, but I never read any of the other books.  I’ll probably start out by rereading the first book, and hopefully move on from there better than I did last time.  These are fun and exciting paranormal romances, and this series is still going strong so it would be amazing if I could get all caught up.

This is another series that I’ve had for a long time.  I own the entire Weather Warden series, but I’ve been scared to read them since they seem to be different from my normal reads.  I have a really bad habit of not going outside my “bubble” and I miss out on some really great books that way.  Rachel Caine is also an author that I’ve been wanting to read for years.  I also have the entire Morganville Vampire series hanging out on my shelves too so maybe if I get to both, this can be the year of Rachel Caine! 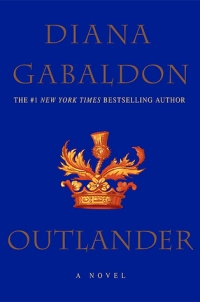 Add Book 1, Outlander, to your Goodreads Want to Read List! 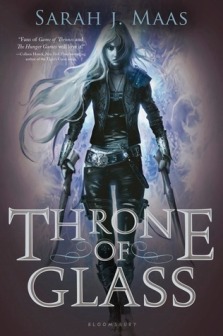 I know!  I’m probably the last person on earth who hasn’t read this series.  I did actually read Throne of Glass when I was pregnant with my youngest (I think it was him?  They kind of all blur together lol).  I remember none of it, so I’ll have to be starting from the very beginning.  The good thing is that now the series is complete, so I won’t have a super long wait or have to deal with a horrific cliff hanger.  This is probably one of the series that I’m most excited about reading this year.  I barely read any fantasy last year, and I’ve missed it horribly so I’m itching to start these soon!

Add Book 1, Throne of Glass, to your Goodreads Want to Read List!

Women of the Otherworld by Kelley Armstrong

Book One of this series is actually on my TBR for this month.  I’m not sure if it will happen by the end of January but it will definitely happen in February.  Charli has read this one, and says that I’ll really enjoy it so I’m excited to read it.  This is another one of those series that I bought a while ago, and it’s just been hanging out collecting dust on my shelves in the basement.

Add Book 1, Bitten, to your Goodreads Want to Read List!

The Inheritance Cycle by Christopher Paolini

This is another quartet/series that I’ve been wanting to read a long time.  I’ve heard such fantastic things about these books, and now that there are short stories being published, I’m really excited to see what this is all about.  Plus it’s about DRAGONS!  I love dragons.  I have all four books in hardover, and I don’t think I paid full price for a single one of them.  I bought them all on clearance at Books A Million over the years and I’d love to finally be able to say I’ve read them!

Add Book 1, Eragon, to your Goodreads Want to Read List!

I’ve read Anne of Green Gables several times over the year, and it’s one of my most cherished classics.  Every time I read it, I fall a little bit more in love with the little red headed orphan that works her way into your heart.  However, now that I’m older, I’m so much more invested in what Anne became as she grew older.  I purchased the entire Green Gables box set last year on Amazon and I can’t wait to see what other treasures LM Montgomery has in store for me.

Add Book 1, Anne of Green Gables, to your Goodreads Want to Read List!

In Death by J.D. Robb

I believe that the 42nd book in this series is coming out this year.  Obviously, I won’t be able to read the entire series in 2019, unless I try to read like a book a week, but I’d love to put a dent in these books.  I own probably the first 25 of this series.  I had actually boxed them all up to sell to Half Price Books, but the longer they sit in the box, the more I’m intrigued to read them, so I’ll probably end up pulling them all back out.  I’m a horrible decision maker when it comes to unhauling books, so it doesn’t surprise me that I’m changing my mind on something I originally planned on selling.  I’m even guilty of selling a book, and then buying it again on Amazon a few months later.  It’s awful!

Add Book 1, Naked in Death, to your Goodreads Want to Read List!

I love good historical romances, and in my opinion Lisa Kleypas writes some of the best.  The Wallflowers series is probably one of her most popular written, and I haven’t read it.  I know, its shameful.  I read a few historical romances at the end of last year, and rediscovered why I originally fell in love with this genre.  I’m hoping to read a lot more of these types of books in 2019, and these will probably be some of my first!

Add Book 1, Secrets of a Summer Night, to your Goodreads Want to Read List!