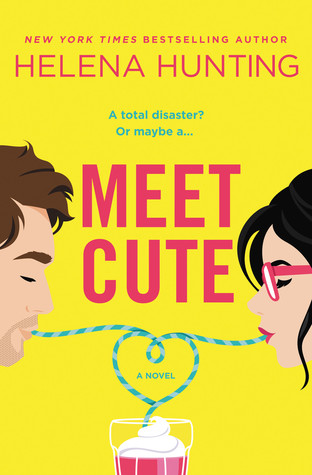 Talk about an embarrassing introduction. On her first day of law school, Kailyn ran – quite literally – into the actor she crushed on as a teenager, ending with him sprawled on top of her. Mortified to discover the Daxton Hughes was also a student in her class, her embarrassment over their meet-cute quickly turned into a friendship she never expected. Of course, she never saw his betrayal coming either…

Now, eight years later, Dax is in her office asking for legal advice. Despite her anger, Kailyn can’t help feeling sorry for the devastated man who just became sole guardian to his thirteen-year-old sister. But when her boss gets wind of Kailyn’s new celebrity client, there’s even more at stake than Dax’s custody issues: if she gets Dax to work at their firm, she’ll be promoted to partner.

The more time Kailyn spends with Dax and his sister, the more she starts to feel like a family, and the more she realizes the chemistry they had all those years ago is as fresh as ever. But will they be able to forgive the mistakes of the past, or will one betrayal lead to another?

I’ve been absolutely in love with the new trend in romance covers lately.  The hand drawn, cartoonish type covers are drawing me in, and that’s the main reason why I bought Meet Cute.  I loved the way the yellow and the pink looked together, and I was intrigued by the idea of meeting your childhood television crush as an adult and forming a relationship with them.  I’ll be honest, the whole time I was reading this I kept thinking about what would have happened to me if I would have met Pacey from Dawson’s Creek while I was in college.  I’m pretty sure I would have been full on fangirl and it definitely wouldn’t have been pretty!

Kailyn has been crushing on Daxton Hughes since she was a teenager, and when she literally stumbles into him on her college campus she’s more than a little shocked.  A tentative friendly rivalry begins, until Daxton completely betrays Kailyn and what was once a fledgling friendship, is now a full blown case of the “hate yous” especially on Kailyn’s part.  Five years later, Kailyn is a successful lawyer, and has put her anger with Dax aside…somewhat.

When Dax and his parents walk into her office to discuss his sister’s trust, she’s completely taken aback, and her anger with him quickly rears its ugly head.  It hasn’t faded much either, when he returns a few months later.  However, after finding out that both his mother and his father were killed in a horrific accident, her heart begins to melt just a little bit towards Dax.

I adored this entire book.  I started it on a whim at my oldests childs baseball practice and couldn’t put it down.  The hour and a half of practice flew by and I don’t think I even once looked up to check to see what was going on out on the field!  The next day I found myself sneaking in as many pages as I could inbetween working, and taking care of the kids.  I just couldn’t put it down.  Kailey is probably one of the most relatable characters that I have read in a long time, simply because she reminds me so much of myself when it comes to her fangirl side.  She’s constantly wearing shirts from her favorite TV show, and drinking out of TV show coffee mugs.  However, despite her TV show obsession, she’s one heck of a lawyer, and when she finds that Dax needs her help she can’t help but jump in with both feet.  I enjoyed seeing how she transitioned to being so angry at him, to slowly opening up and falling for him.

Daxton Hughes is an adorable teddy bear of a hero and I just adored him.  He gives up so much to take care of his 13 year old sister after the death of their parents, and my heart broke for him as he continually feels as though he’s failing her.  There were also some absolutely hilarious parts where he tries to navigate the hormones and emotions of a teenager, relying heavily on Kailyn to help him out.  There is one scene that takes place in a CVS that I giggled through the entire time, and totally made me fall head over heels in love with Daxton.

If you’re looking for a cute, adorable romance that will tug at your heart strings, then Meet Cute is the book for you.  I can’t wait to see what other treasures that Helena Hunting has in store for me!

NYT and USA Today Bestselling author, Helena Hunting lives outside of Toronto with her amazing family and her two awesome cats, who think the best place to sleep is her keyboard. Helena writes everything from contemporary romance with all the feels to romantic comedies that will have you laughing until you cry.