Freddy Carlton knows she should be focusing on her lines for The Austen Playbook, a live-action TV event where viewers choose the outcome of each scene, but her concentration’s been blown. The palatial estate housing the endeavor is now run by the rude (brilliant) critic who’s consistently slammed her performances of late. James “Griff” Ford-Griffin has a penchant for sarcasm, a majestic nose and all the sensitivity of a sledgehammer.

She can’t take her eyes off him.

Griff can hardly focus with a contagious joy fairy flitting about near him, especially when Freddy looks at him like that. His only concern right now should be on shutting down his younger brother’s well-intentioned (disastrous) schemes—or at the very least on the production (not this one) that might save his family home from the banks.

Instead all he can think of is soft skin and vibrant curls.

As he’s reluctantly dragged into her quest to rediscover her passion for the stage and Freddy is drawn into his research on a legendary theater star, the adage about appearances being deceiving proves abundantly true. It’s the unlikely start of something enormous…but a single revelation about the past could derail it all.

Lucy Parker is a new to me author, and one I’ve had on my list of “want to read” authors for a while now.  I was thrilled when TLC Book Tours offered me the chance to read and review one of her books.  The Austen Playbook features as sweet, perky heroine, and a sour, grumpy hero, much like the main characters in Jane Austen’s Pride and Prejudice, which is by far, one of my most beloved pieces of literature.

Freddy is an actress, who is spending her time acting in plays directed by her father, and not acting in what would make her truly happy.  The family pressure causes her star in dreary plays written by a familial relative, which makes her father very happy, but has left her feeling empty and unfulfilled.  Griff, on the other hand, is the famous critic who has slammed her performances more than once, while also realizing that Freddy is simply not happy acting in the dramas that she has been cast.

In true enemies to lovers fashion, Griff and Freddy are not the biggest fans of each other when they are forced to interact on a regular daily basis.  Freddy is consistently irritating  Griff with her quirky attitude, and sugar wouldn’t melt in her mouth personality.   And Griff is like a dodgy old man, but way more attractive!  However once these two begin to interact with each other on Griff’s family’s plantation, it is hard to miss the sparks that fly between the two of them.

So, one thing that I love about a romance novel, and one of the reasons why I’m so attracted to the original romance novels like Jane Eyre and Sense and Sensibility is those moments of soft romance.  The ones that are so full of swoons that you simply want to melt.  For me, The Austen Playbook, was FULL OF THESE MOMENTS, which was absolute music to my soul.  I loved this, and the way that Lucy Parker drew out the romance between these two individuals.

After finishing The Austen Playbook, I am more than a little excited to go back and read the other books within this series and see just what other treasures Ms Parker has in store for me! 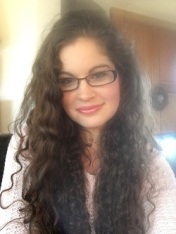 Lucy Parker lives in New Zealand, where she feels lucky every day to look out at mountains, lakes, and vineyards. She has a degree in Art History, loves museums and art galleries, and doodles unrecognizable flowers when she has writer’s block.

When she’s not writing, working or sleeping, she happily tackles the towering pile of to-be-read books that never gets any smaller. Thankfully, there’s always another story waiting.

Her interest in romantic fiction began with a pre-teen viewing of Jane Austen’s Pride and Prejudice (Firth-style), which prompted her to read the book as well. A family friend introduced her to Georgette Heyer, and the rest was history.

Thanks to TLC Book Tours for including Rad Babes Read in The Austen Playbook Book Tour.  Visit the other blogs on the tour HERE.